Hemanth Goparaj*
Dr. Radha Sharma**
Emotional intelligence (EI), capacity for knowing oneself and others and relating to them in
an appropriate way, has been found to play a pivotal role in practically all areas of human
functioning in recent years. It is an evolving construct among both academics and practitioners
and multiple perspectives have been adopted across the globe (Sharma, 2008). In this paper an
attempt is being made to explore the EI concept in the ancient Indian literature comprising
Vedic and Puranic literature of Bharatvarsha (ancient India). Bharatavarsha refers to the
total Indian subcontinent named after Emperor Bharat, who was the first and the only
emperor to rule composite India. The paper briefly introduces ancient India and its literature to
provide a perspective on EI from the ancient literature.
* Hemanth Goparaj, M. Sc, M.B.A, is Dy. General Manager-HR, Karvy Ltd. He has 18 years professional
experience in both manufacturing and service industries. He is registered for Executive Fellow Programme in
Management (Ph.D.) in Organisational Behaviour Area at the Management Development Institute, Gurgaon.
His area of interest is Emotional Intelligence.
** Radha Sharma is Professor of OB and HRD at Management Development Institute, India. She has completed
research projects supported by World Health Organisation (WHO); UNESCO; McClelland Centre for
Research and Innovation; IDRC, Canada and Government of India. She is the recipient of Outstanding Cutting
Edge Research Paper Award, 2006, AHRD (USA), Outstanding Management Researcher Award, 2008 AIMS
International (USA) and Best Faculty Award: Excellence in Research, 2006 and 2007 from Management
Development India. Her research and training interests include emotional intelligence, stress and executive
burnout, leadership, change management, competency mapping, and 360-degree feedback. She specializes in
psychometric testing and has advanced professional certification in MBTI from Association of Personality Type.
She has a certificate in Corporate Social Responsibility from the British Council, the New Academy of Business,
UK and The World Bank Institute. Her publications include several books and 80 papers in national/international
journals/conference proceedings. Her books published include: Change Management (2009/08/07); and
Organisational Behaviour (co-authored with Steven McShane and Mary Ann Von Glinow (2010/09/08/07/
06), 360 Degree Feedback, Competency Mapping and Assessment Centers (2004/03/02), Enhancing Academic
Achievement: Role of Personality Factors, (Concept, 1985). She has also contributed in the International
Encyclopedia on Organisational Behaviour published by Pentagon Press.
1 Paper presented at Inaugural Indian Academy of Management Conference at XLRI, Jamshedpur, India: Dec.
28-30, 2009.
2
24  Emotional Intelligence and Leadership 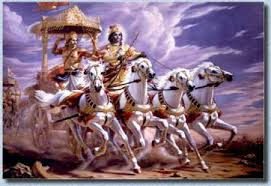